The opening night slide show included images from the gallery. 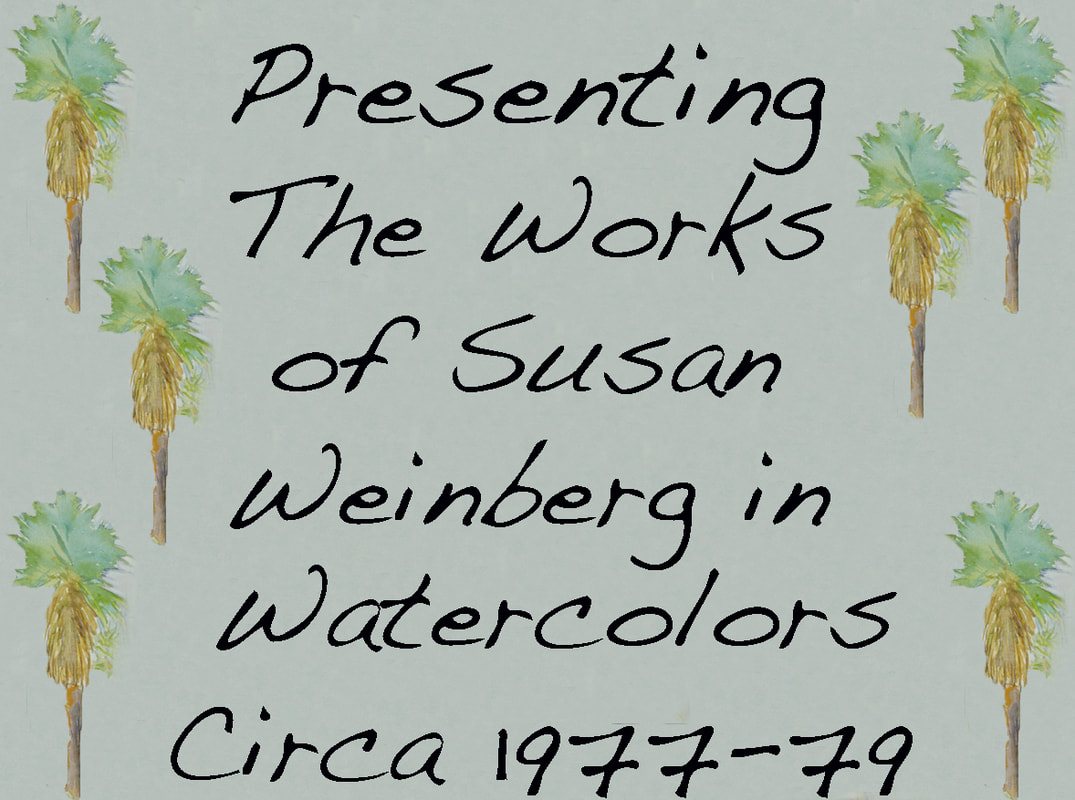 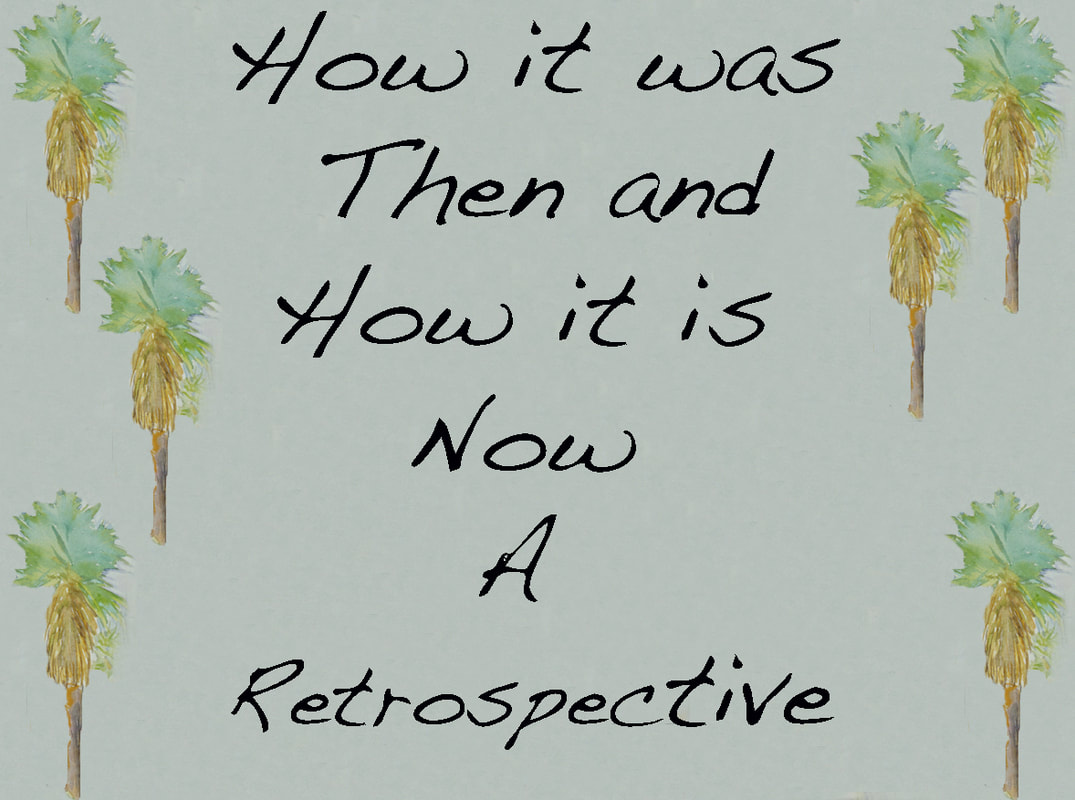 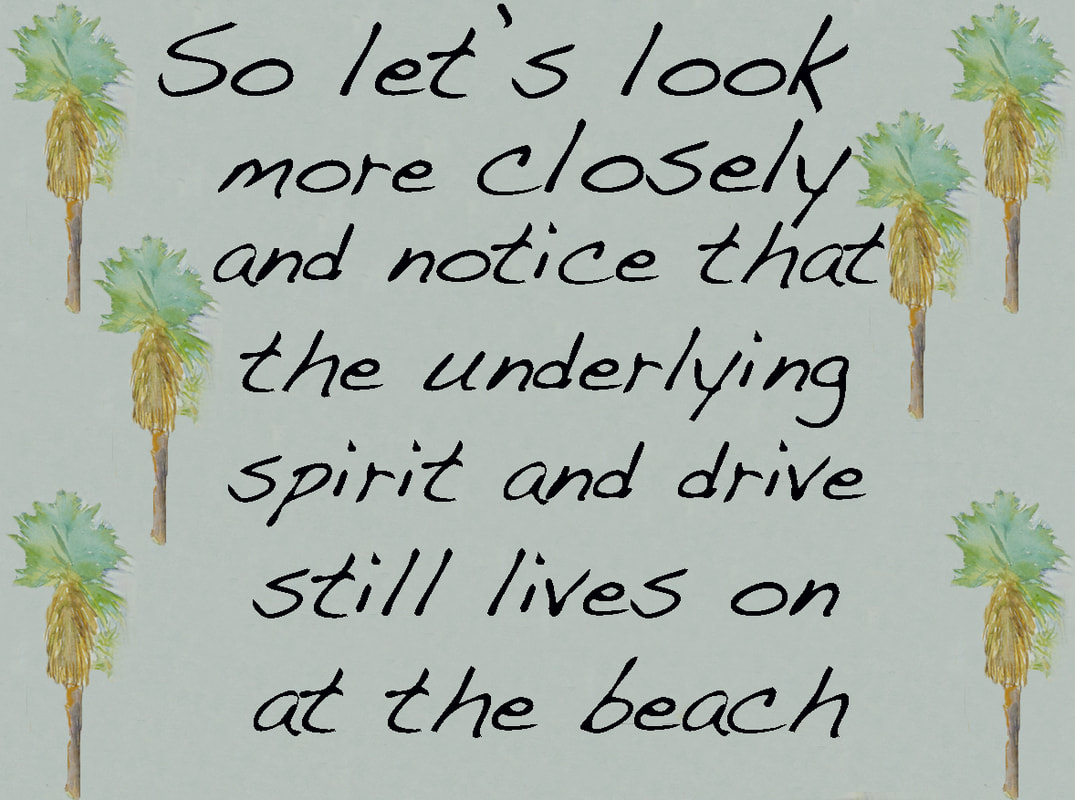 The Sidewalk Cafe and Small World Book store have been here for over forty years. They added the awning but otherwise it is the same. The park out front has changed little. Well, the trees are much taller after 38 years. People still gather here to relax a little. 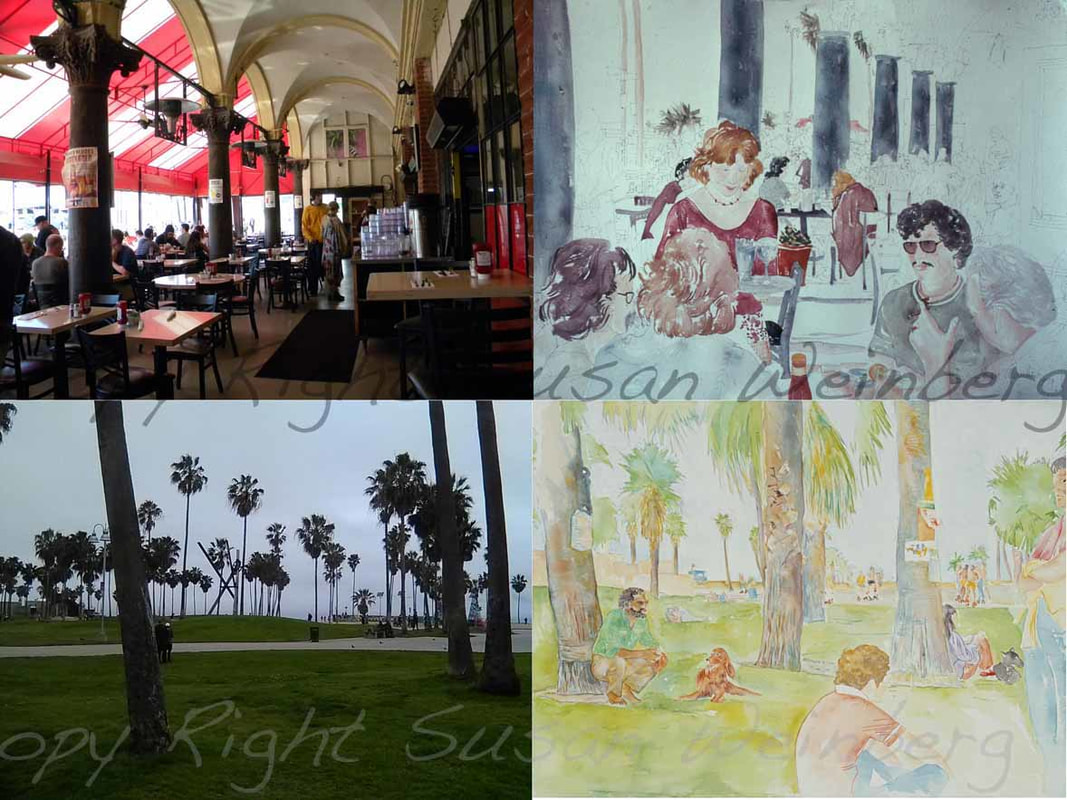 Every year they bring out the same fencing and the lifeguard stations are the same ones from years ago. New paint, that's all. 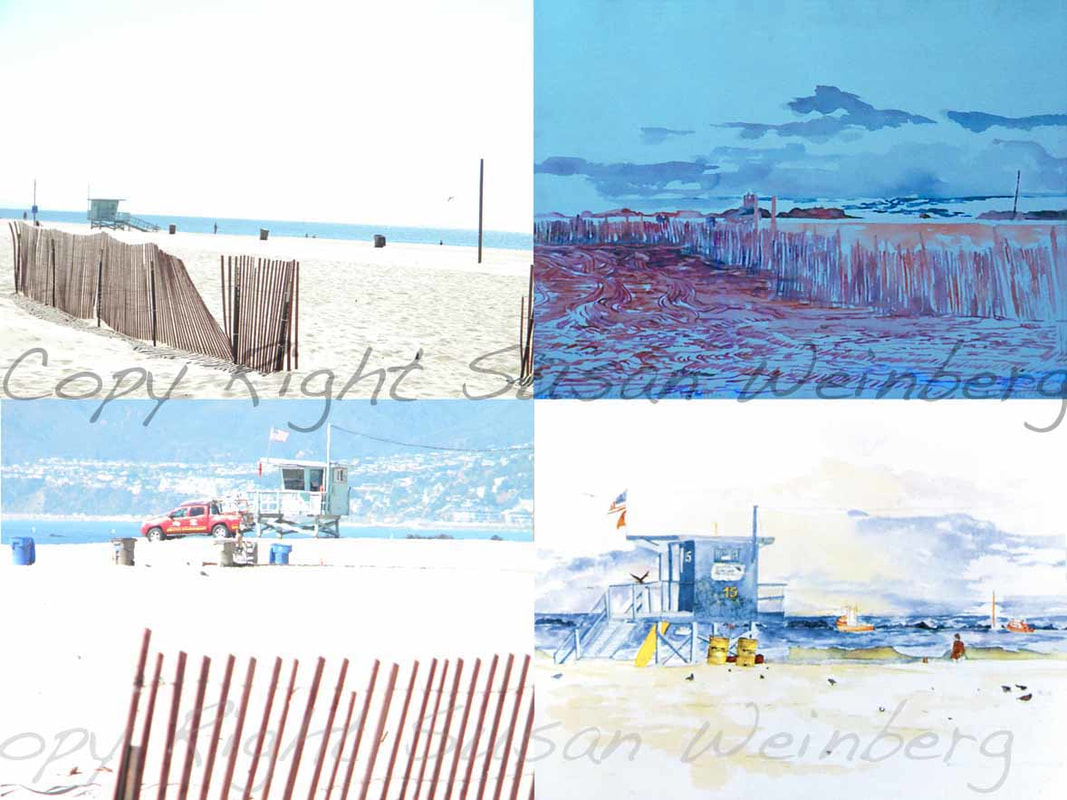 Cheap Skates is gone but Sea Mist is still going and there are still activities in the Pavilion. Scooters have mostly replaced skates. 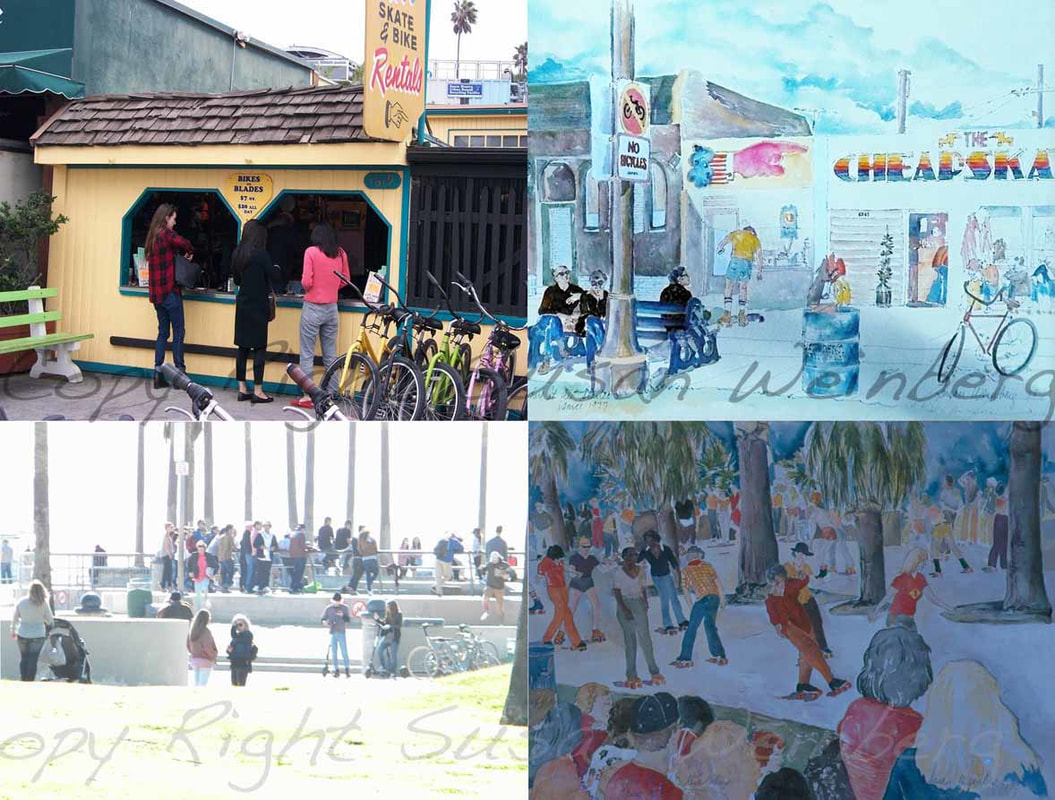 Swami X is gone but the house is still there, boarded up but the spirit of Venice is evident. Walkers have mostly replaces skaters. 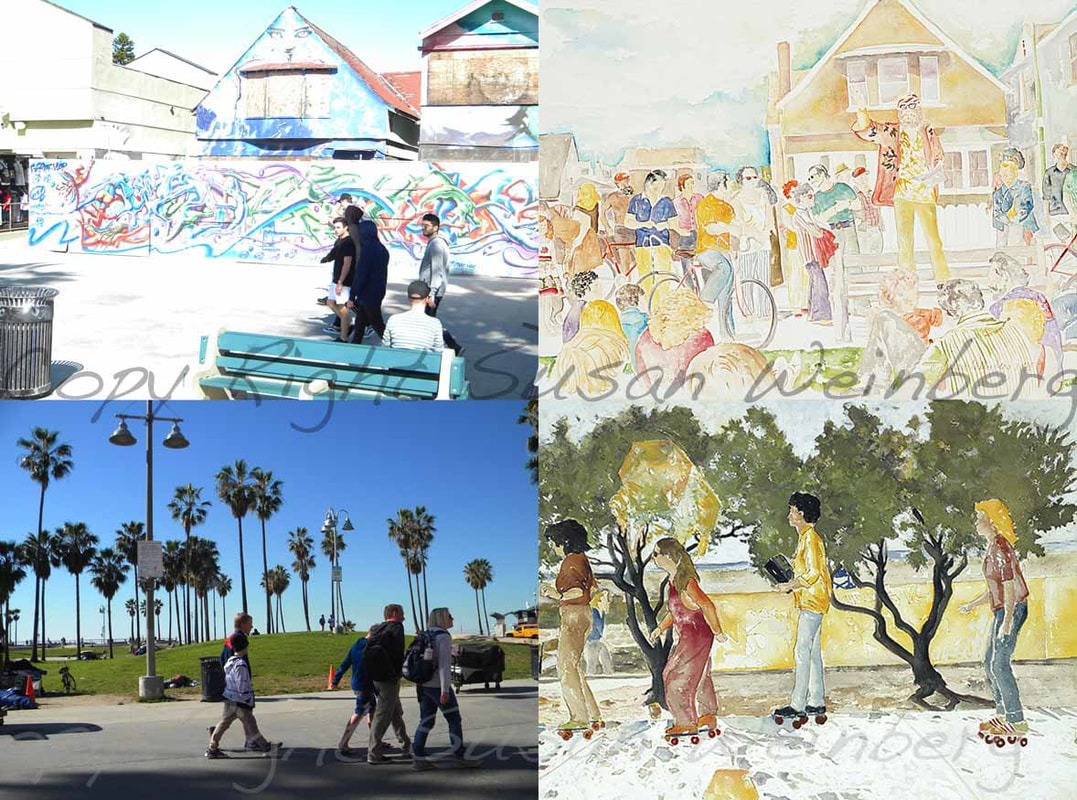 The Skate park and the Ginger Bread House is still there. Skaters like the city's new skate parks with ramps and pipes and such. 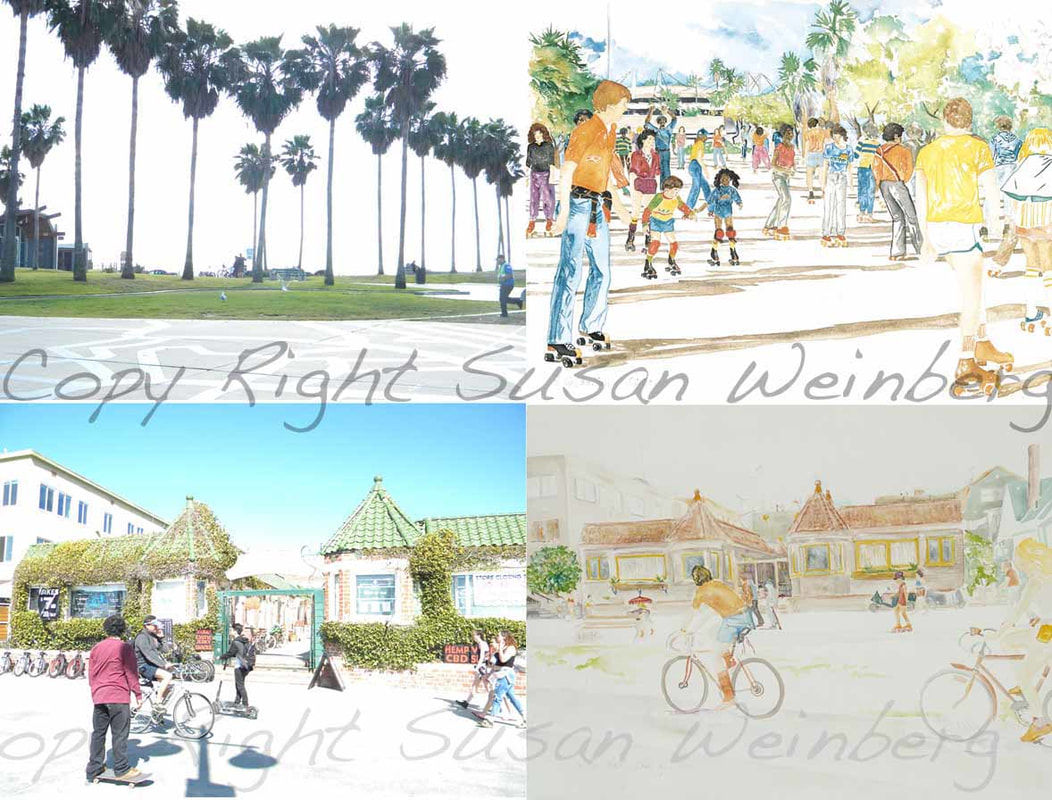 Moby's Dock did not survive the big storm of the 80s and was replaced by Pacific Park and the SM Pier was fully refurbished. 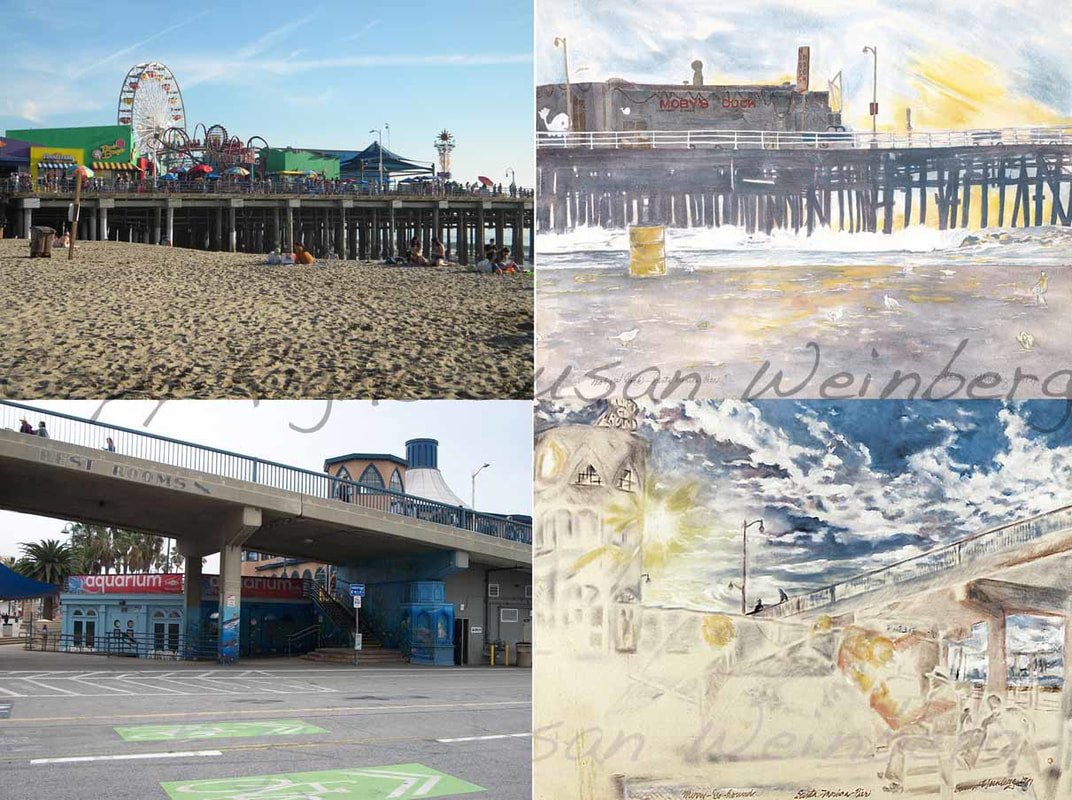 Many of the buildings on the Boardwalk are still there. The little house is still there too. The vendors have simply grown up. 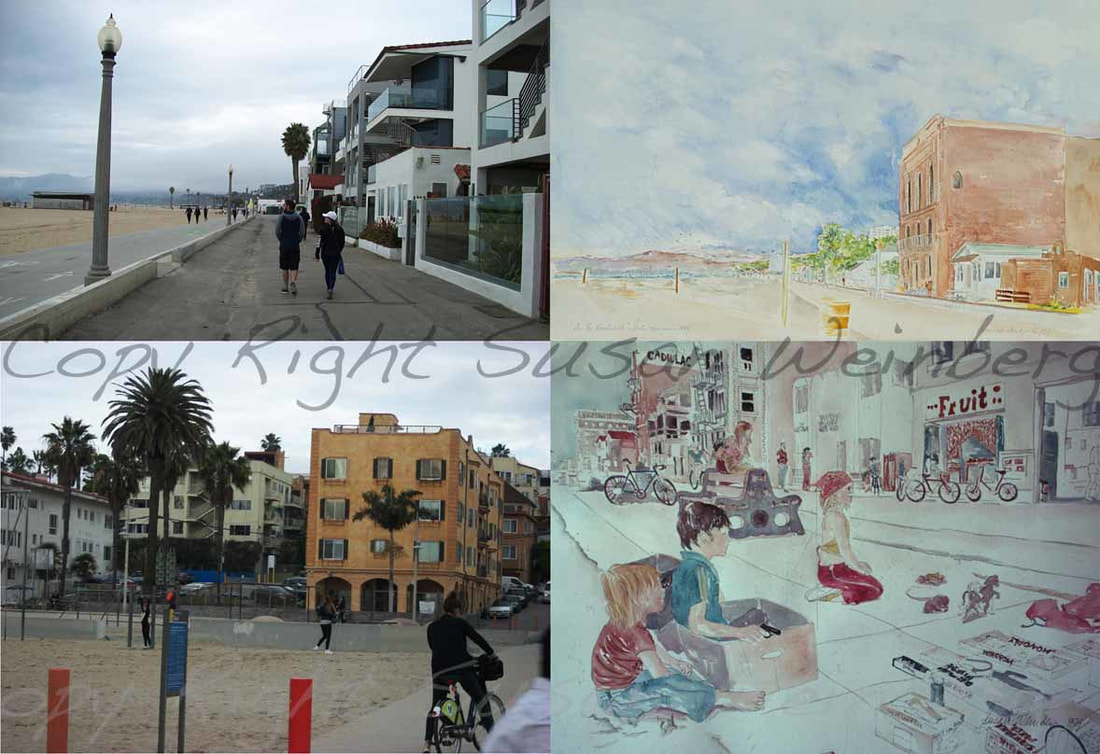 Bagel the Beagle has passed but is in some way remembered in this mural. Big Dean's has been expanded and improved. 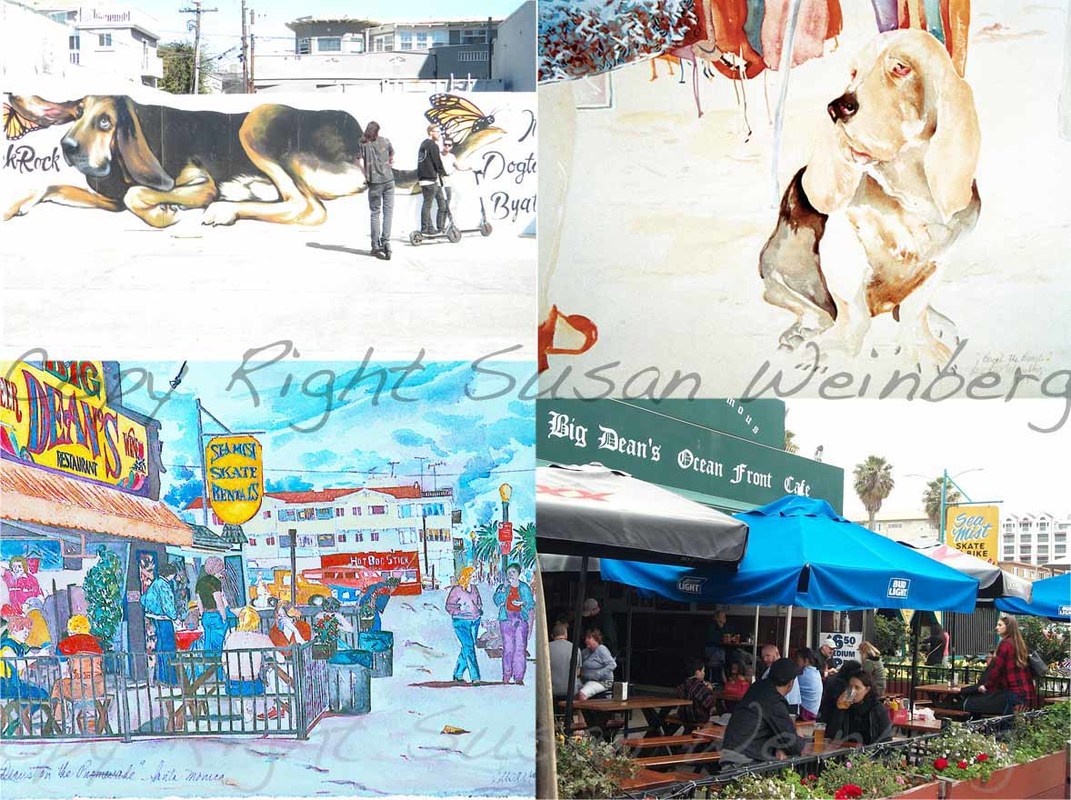 The Harp Lady no linger comes down but just as eclectic is the bad pipe player. Yes, the spirit lives on in Venice. 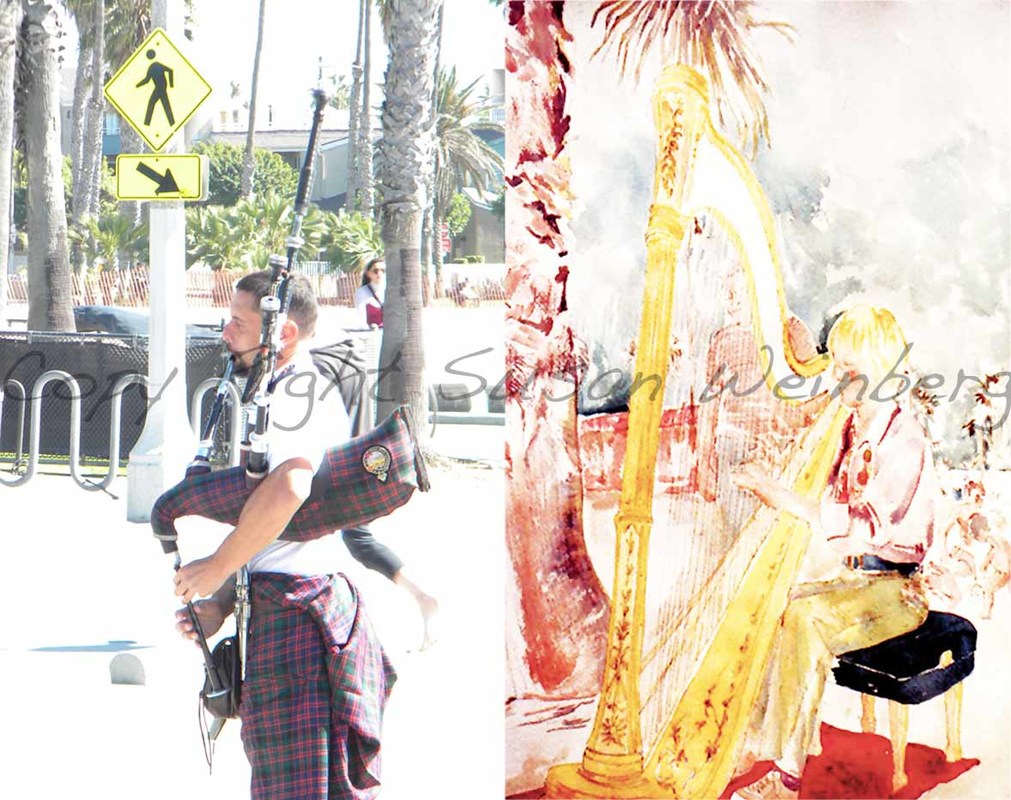 Notice the buildings? No change there and the activity on the Boardwalk is still a daily affair but not as vibrant perhaps. 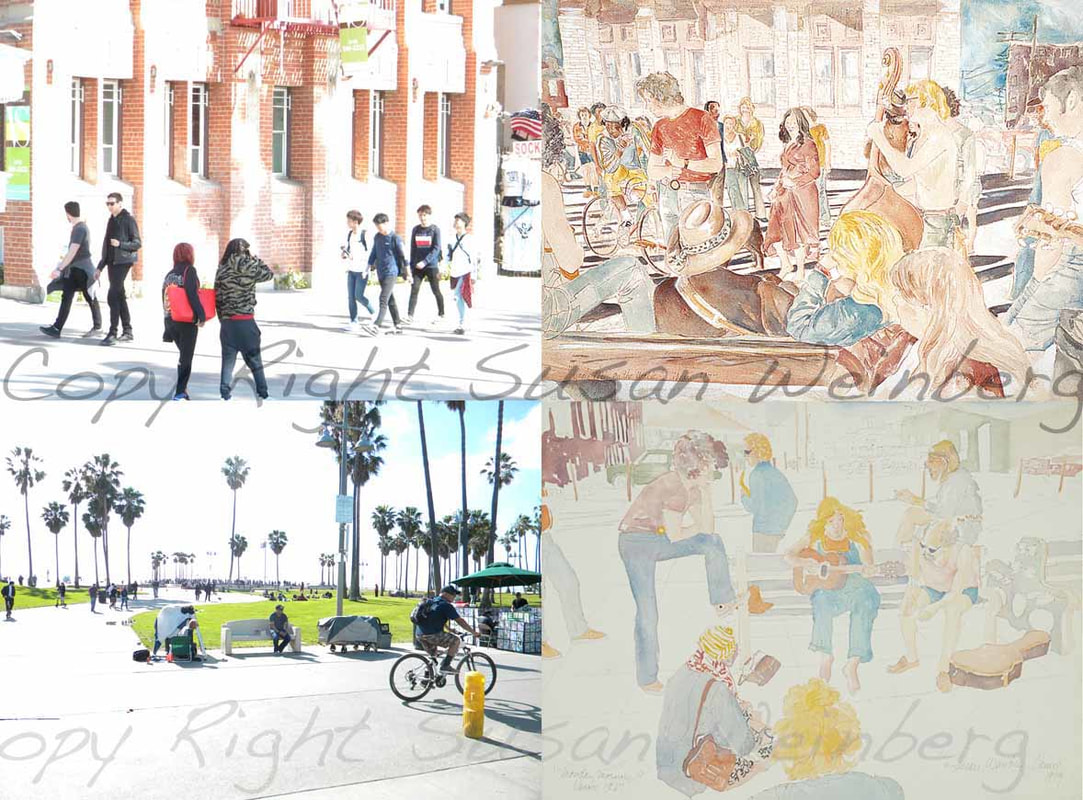 The Pier reconstruction added some nice features and they changed from red to blue trim but otherwise no change. 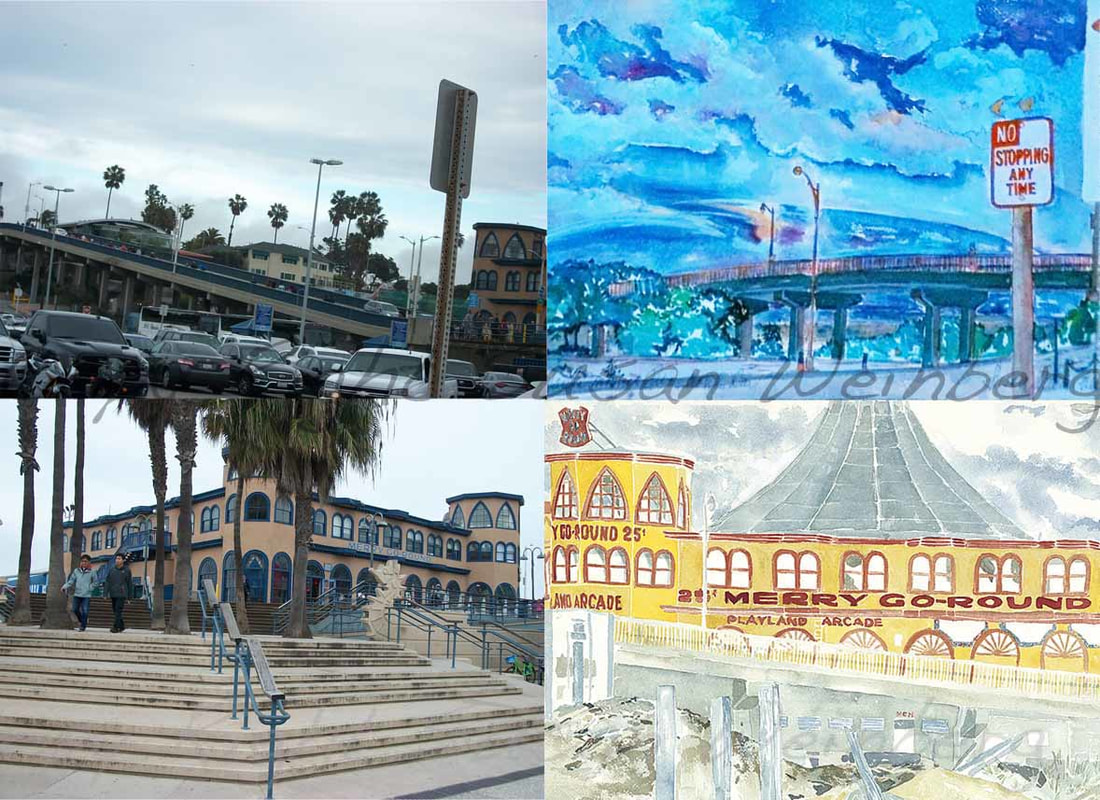 The Piano Man had his instrument trucked in every morning on it's trailer just as his replacement does. Notice the pagodas? 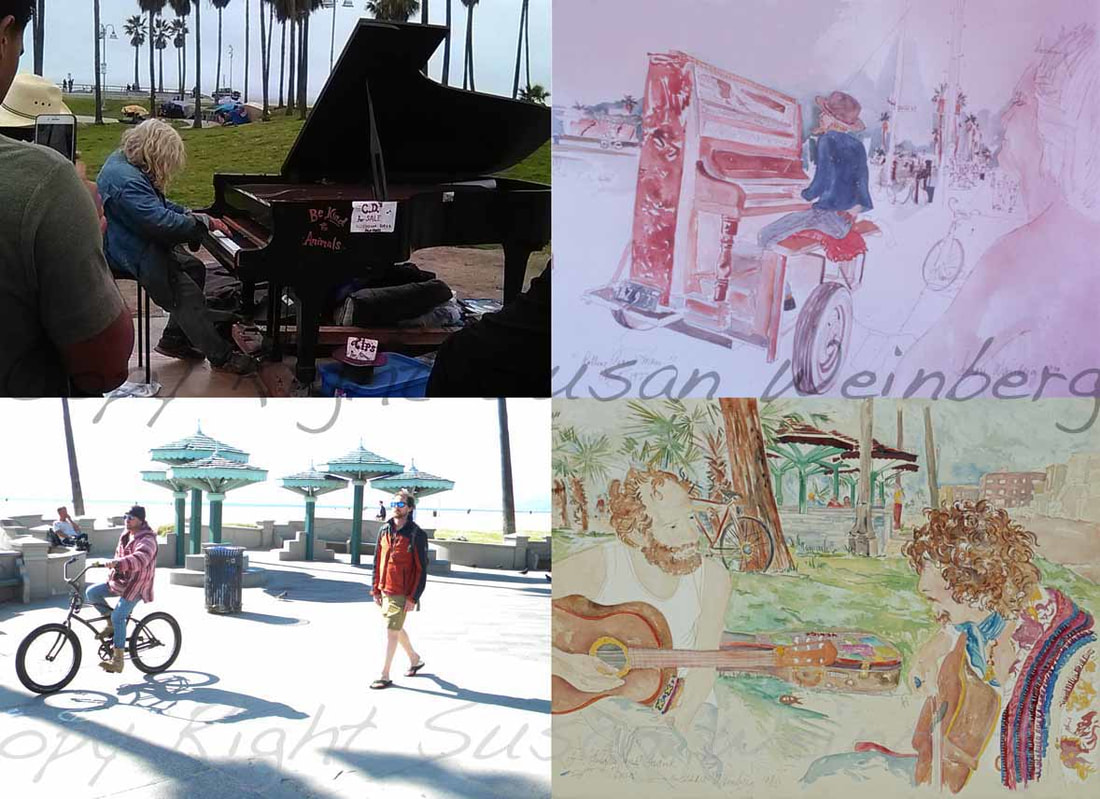 The Seacastle and The Georgian are still there and look very much as they did so many years ago. Pardon the construction. 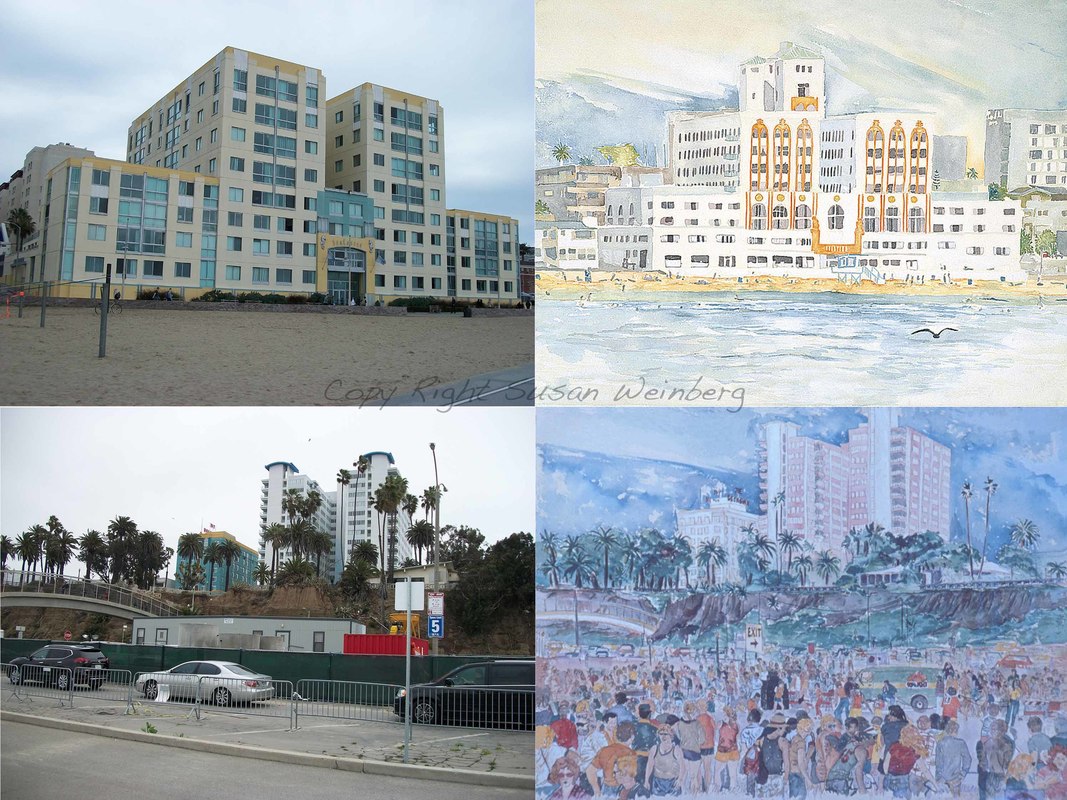 The beach has not changed much. The grass has filled in some and the Bike path was added. The pier has been been improved. 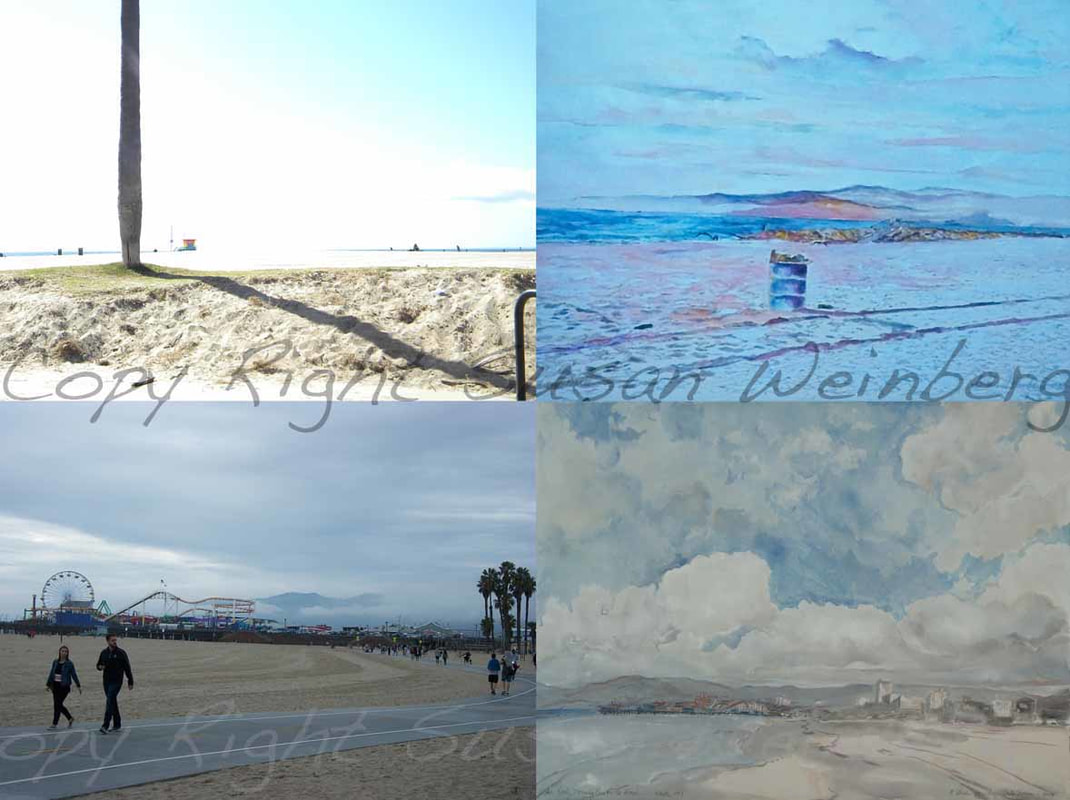 OK, this is a later watercolor of the Santa Monica Pier but since reconstruction it had not changed in decades, just updated a bit. 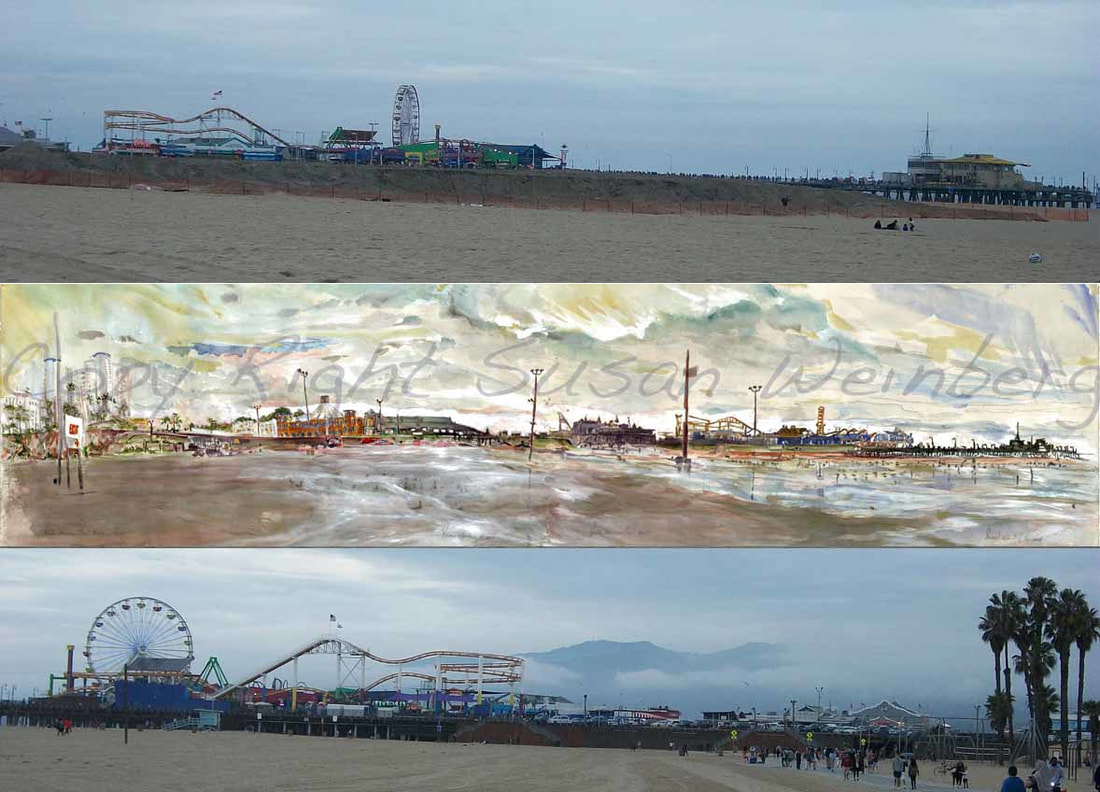 People still come out with their bicycles and guitars. The  Boardwalk's draw is strong but there is more red tape in getting a space. 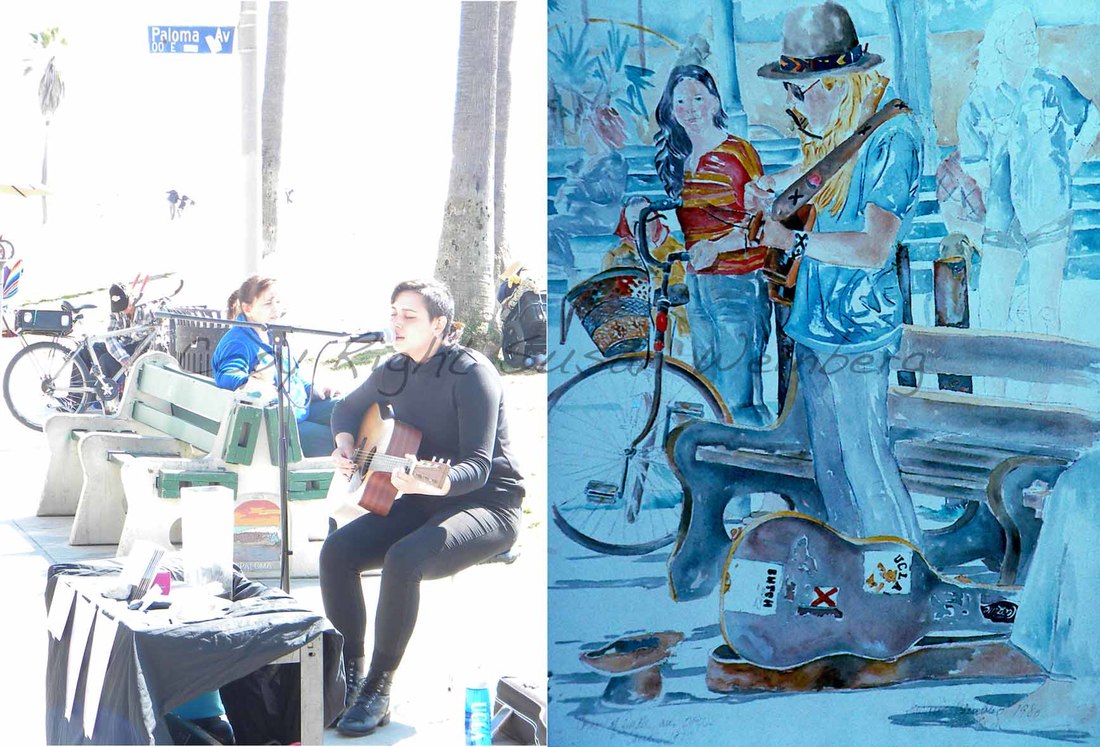 The big storm could have spelled the end of the pier. The City wanted to tear it down. Only love and hard work saved it. Thanks. 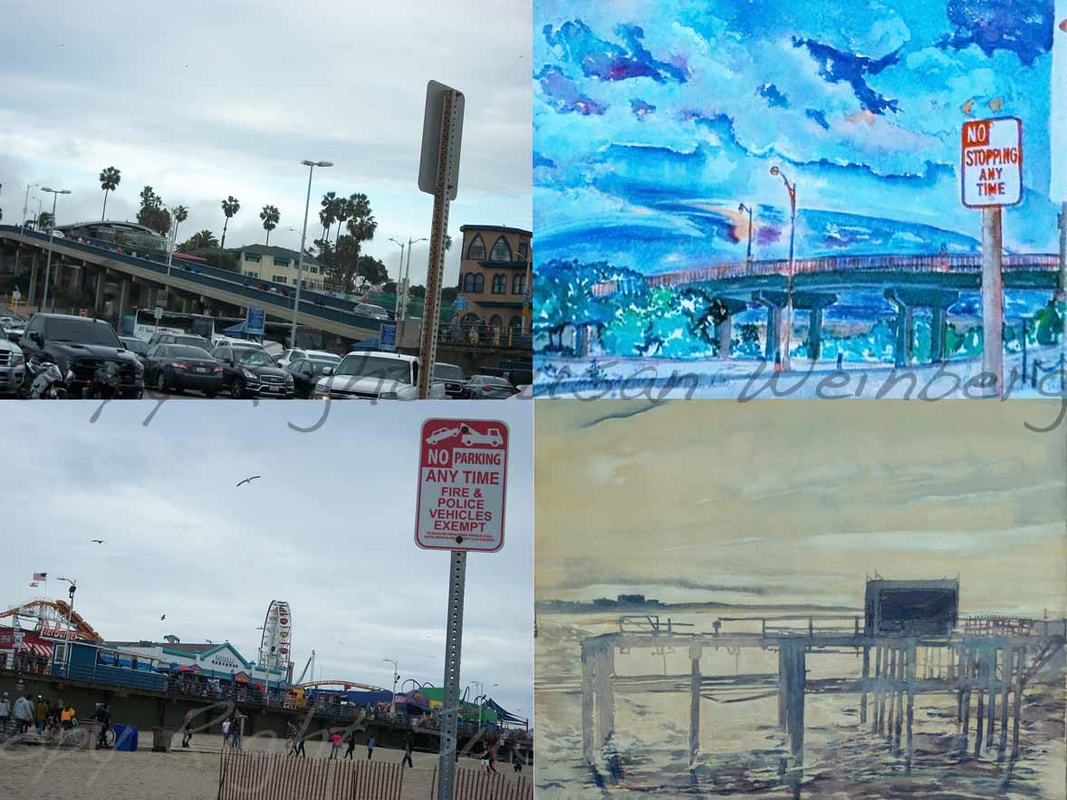 The Merry-Go-Round hippodrome and the iconic Santa Monica Harbor sign still welcome all to the beach. PCH exits to Ocean Ave. 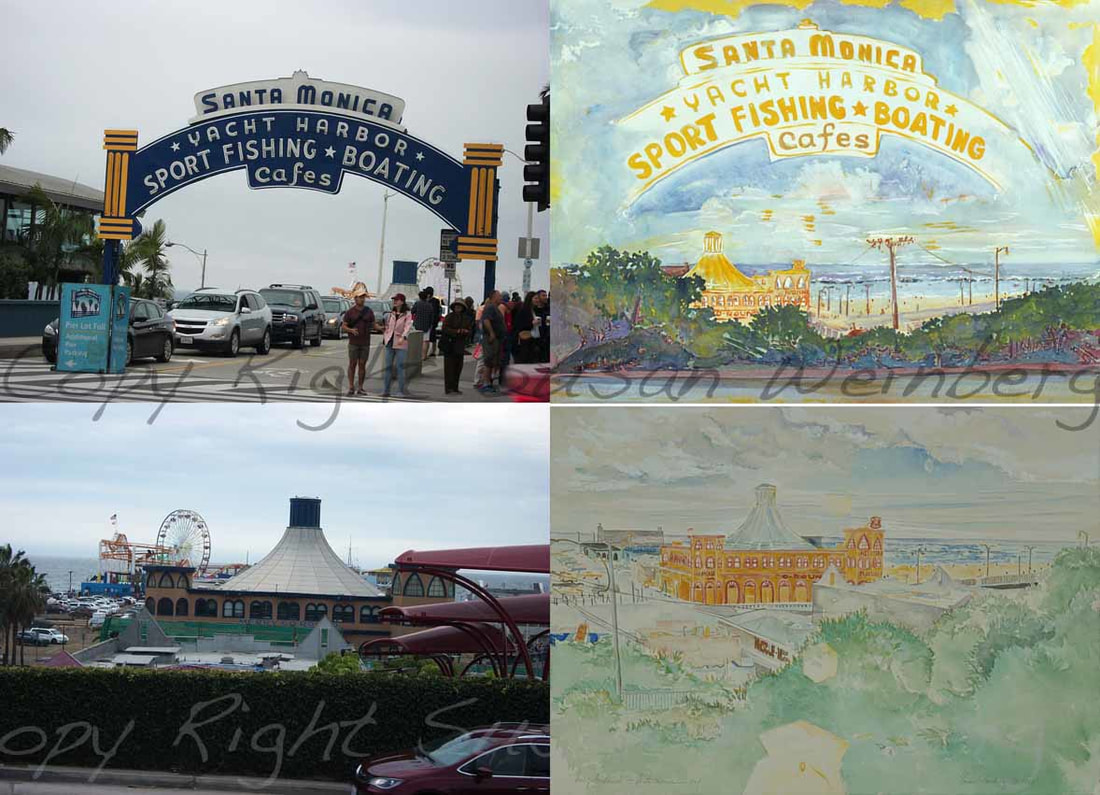 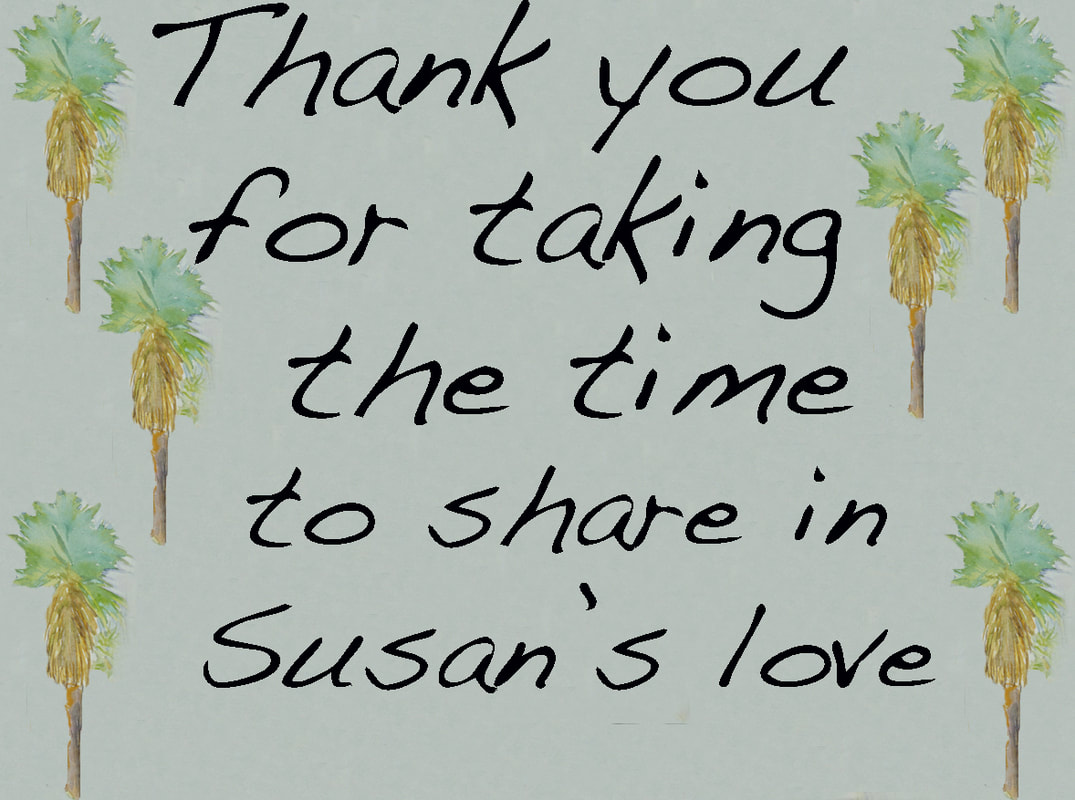 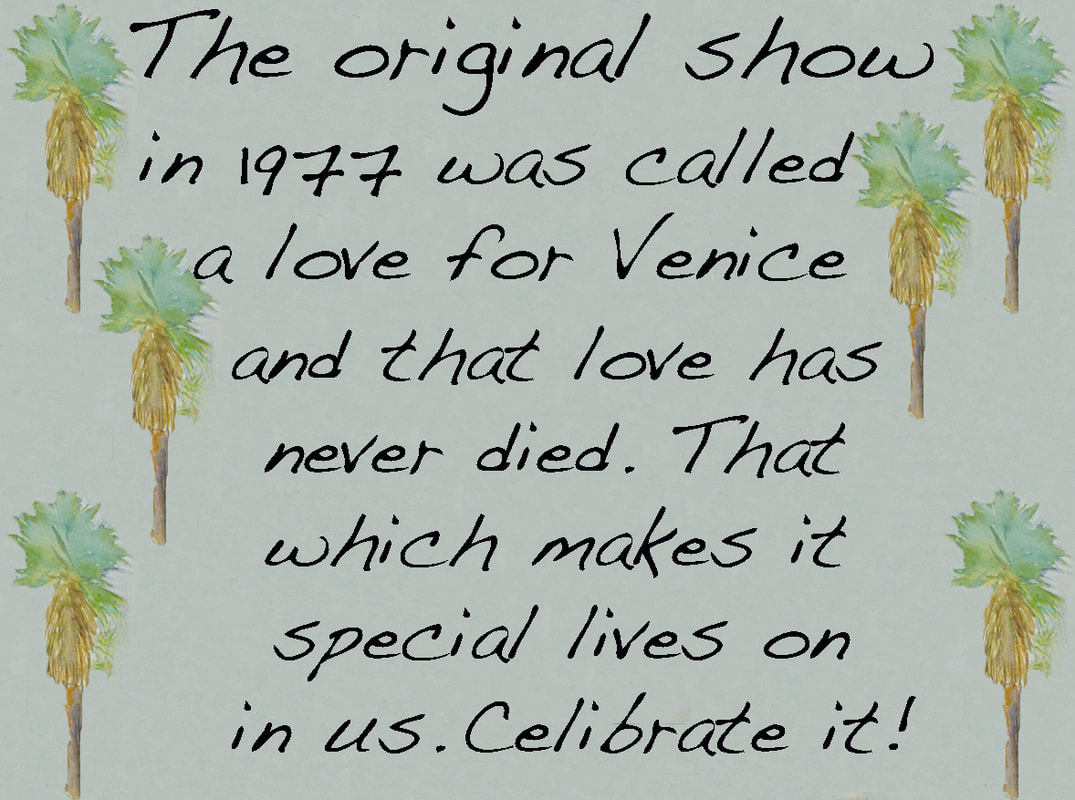 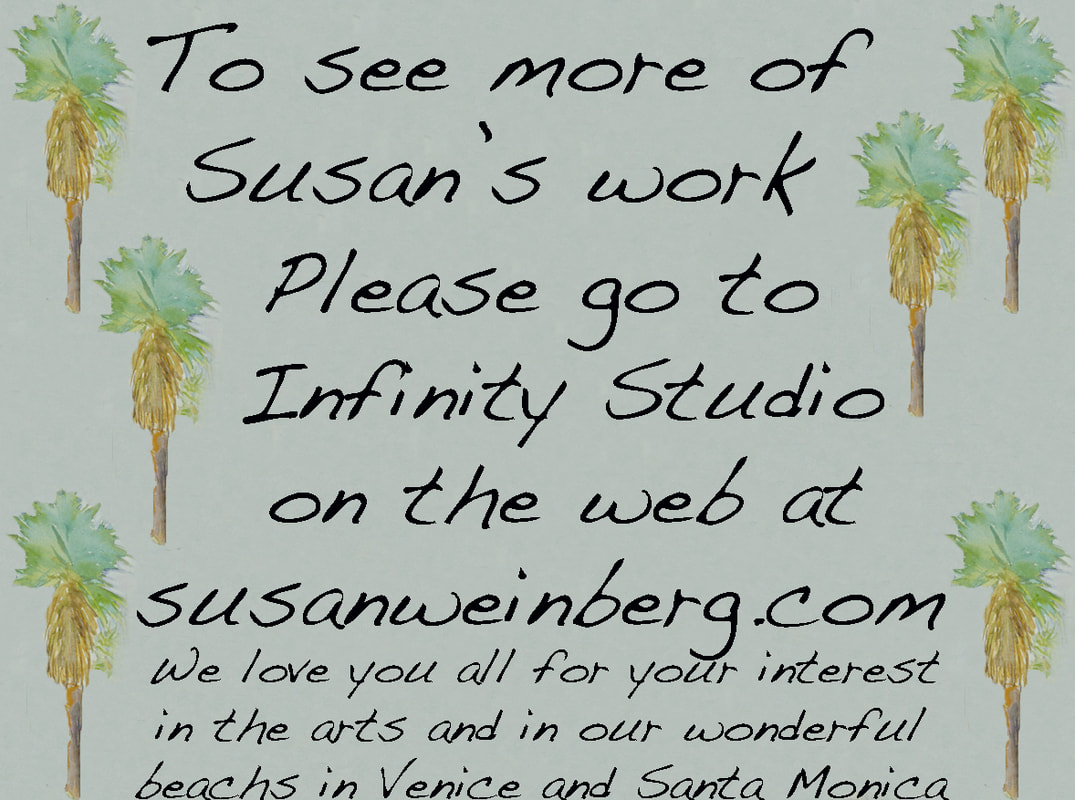 On opening night the show of 120 slides was digitally projected on the back wall (without the copy right notice) so this limited presentation does not do it justice. It was something to see these images in fine detail. Come in and enjoy the show until May 17.
Powered by